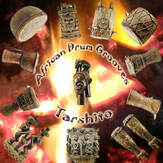 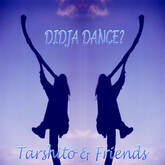 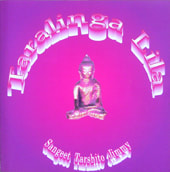 Taralinga Lila     (Eastern-World-Fusion)
Dolphin Award nominations for Album Production, World and Ambient Music 1999.
This is a rhythmic-ambient pilgramage from west to east,tribal to classic,a cultural fusion. Sitar,didgeridoo,cello,guitars and djembe are the main ingredients used to celebrate this heartfelt music with you.(60 mins) 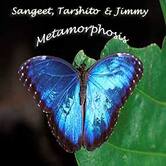 Metamorphosis     (Eastern-world-acoustic fusion)
Our corroboree. No borders, no tradition, just music.... sweet and harmonious with added spices. Sitar and didge accompanied by guitar, strings, choir and drums and percussion. (Some funky tracks with tablas and drums, some spacey tracks and even an Aboriginal chant!) (60 mins)

Tribal Dolphusion    NCEMI Dolphin Awards nomination for Recording Production, Promotional Artwork and World Music 1998
This music is unique - by fusing sounds of the ocean mammals (dolphins and whales) with rhythms of the Earth (drums & didge) this music produces an alive celebration of ancient/modern music. Using the ancient Indian chakra system as a foundation (ie using keys and rhythms based on each chakra symbol) this music stirs a rememberance (re-member-dance) of dolphin songlines. As the Legend of the Golden Dolphin unfolds, this chakra ascendence (ascend-dance) aims to bring about awareness of the majestic creatures of our oceans. May the spirit of this music inspired by the ancient rainbow serpent and the powerful, gentle and playful cetaceans, awaken us to re-member our purpose as earth caretakers.
There are 2 mixes of this album 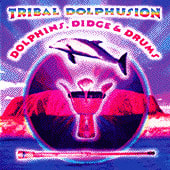 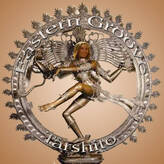 Eastern Groove    (Eastern-World-Fusion)    NCMEI Dolphin Award nomination for Recording Production,Ambient and World music categories 1992,1999 and 2000.
This is a compilation album of the most vibrant Eastern-fusion dance tracks from several Tarshito albums. It is a creative fusion of eastern, western and tribal instruments. Excellent for creative dancing or listening. (55mins) 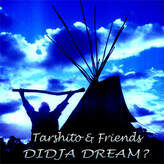 Didja Dream?    (Tribal-Ambient-Fusion) NCMEI Dolphin Award nomination for Ambient Music 1995.
This is a didgeridoo album with a difference. It has ambient,tribal,rock and jazz influences with each track featuring different instruments like violin, chanting, calling voices, dueling sax and guitars, and even sitar, with drums, percussion, bass and keyboards used to skilfully create. a fusion of tribal and modern textures.            (72 mins  ) 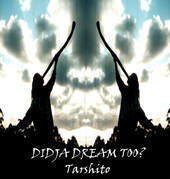 Didja Dream Too?     (Didgeridoo)
Earthy didgeridoos by some of the regions best didge players.
​(No other instruments).(59 mins)